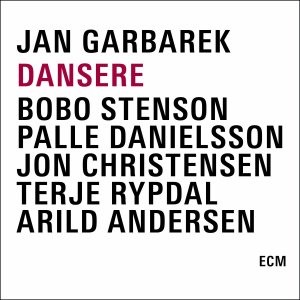 Sart was Garbarek’s third album, recorded by a quartet that had already recorded both Esoteric Circle for Flying Dutchman in 1969 and Afric Pepperbird for ECM in 1970. Here, Stenson joins Garbarek, Terje Rypdal (guitar), Arild Andersen (double bass), and Jon Christensen (percussion) on their final session. (Andersen and Christensen, incidentally, had accompanied Stenson on his ECM debut as a leader, Underwear, and all of these musicians played on the guitarist’s self-titled ECM debut, both also released in 1971.)

The other two albums, Witchi-Tai-To and Dansere, were both recorded by the quartet of Garbarek, Stenson, Christiansen, and Palle Danielsson on double bass.

The Sart group’s aesthetic is similar to that of the restless pan-cultural experimentation of Doc Cherry, then a resident of Scandinavia, and to a lesser extent, the oblique strategies of Miles Davis’ later, mid 70s, post-Bitches Brew recordings.

This is spacious, variegated music full of textural experimentation. Stenson’s playing, on electric as well as acoustic piano, will be a revelation to those who know only his acoustic chamber jazz music – witness the feathery weave of flute, electric piano and arco double bass in “Fountain of Tears, part 2”.

Witchi-Tai-To (1973) resulted from an impromptu festival appearance dedicated to Don Cherry, and it fully captures Cherry’s spirit of inclusivity. The title, taken from Native American Jim Pepper’s vision chant, suggests an increasing interest in folk forms, but the music here is actually much more robustly melodic and firmly tooted in the post-Coltrane American jazz tradition.

Garbarek (in the liner notes) describes this as Stenson’s session, and its propulsive joie de vivre is certainly more characteristic of Stenson. A rendition of Carlos Puebla’s ‘song for Che’, “Hasta Siempre”, is as passionate as Carla Bley’s “A.I.R.” (All India Radio) is sensuous.

Where both Sart and Witchi-Tai-To were ensemble recordings with Garbarek as nominal leader, tracks such as “Svevende” and “Bris” from Dansere (1975), established the blueprint for what has evolved as his trademark sound, a sinuous mood music characterised by the saxophonist’s sharp-edged, declamatory yearning on soprano sax.

“Skrik & Hyl” and “Lokk” (the latter based on a Nordic folksong), are, by contrast, distilled meditations for contrabass and tenor sax and quartet respectively. They prefigure the emotive desolation of later albums such as Dis and It’s OK to Listen to the Grey Voice.

Dansere‘s title track, which was apparently derived from Balinese scales, is exceptional, an expansive quarter hour of sinuous evolution in which Stenson’s piano trickles like clear water through the interstitial runnels of the percussion thread.