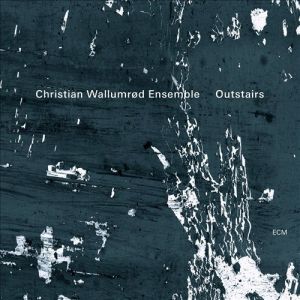 A new album by the Christian Wallumrød Ensemble seems the perfect choice for near-simultaneous release with parent label ECM’s new six-disc retrospective, Selected Signs III – VIII. No other group synthesises so perfectly the label’s inclusive interest in jazz, 20th-century classical and cross-cultural music, while also sharing its “sound next to silence” aesthetic.

The present album, Outstairs reconnects with Wallumrød’s taste for folk mores and the jazz avant garde, while continuing to channel his evident fascination with and 19th and 20th-century classical music. Harpist Pessi is out, Tove Törngren has taken over from Orning on cello, and there’s more brass and reed in the group’s sound courtesy of tenor saxophonist Espen Reinertsen.

Reinertsen is Lønning’s established partner, notably through their Streifenjunko duo and as joint members of the Norwegian/Japanese quintet Koboku Senju. The warmness of their studied empathy suffuses and subtly enriches the Ensemble’s sound. Collectively, the group sounds freer than before. They evidence an acute feel for the rhythm and dynamics of Wallumrød’s often spartan compositions, applying extended techniques judiciously to create rich textures and precise timbres, combining with occasionally zestful empathy.

Outstairs is top-loaded with its two longest pieces, “Stille Rock” and “Bunadsbangla”. The former, a series of variations on a simple chordal pulse which negates resolution, is the Ensemble at its most elusive; the latter, by contrast, is a rhythmically buoyant hit of courtly joy. Wallumrød’s harmonium echoes the luminous tonalities of Qawwali devotional music, before being subsumed by the earthier bounce of Johansen’s traps.

On the split “Beatknit”, Wallumrød’s solo intro mines a lyrical melody from a jerky pulse which sax, trumpet and strings proceed to deconstruct, before slipping into a misty drone.

On tracks like this and the brief title track—a rustle of strings cut to slippery elisions and etherial keynotes—the Wallumrød Ensemble slips its ties to neoclassicism and casts something entirely new from sustained subtleties and small, recombinant gestures.