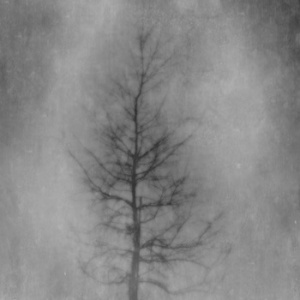 Charlie Beresford is a multi instrumentalist, singer/songwriter and producer/engineer. He’s perhaps best known from his work with Fourth Page, whose third album of improvised songs, Ticks and Moans (Forwind, 2012) reminded me of solo Mark Hollis and UK ‘lowercase’ improv.

Sonia Hammond is a classically-trained cellist. She’s lead cellist with Brecon’s Brecknock Sinfonia, but also has a ‘world music’ band, Babysnakes, and has explored musical connections with Timbuktu, the Malian town twinned with her adopted home of Hay-on-Wye. Beresford recorded her album featuring Bach’s First Suite in G Major at St Mary’s Church Hay-on-Wye, in March 2014.

The eight improvised pieces on The Science of Snow resulted, serendipitously, from an alternative, aborted studio session, which graced Beresford and Hammond with the freedom to duet. And they did so with remarkable conceptual clarity: Beresford is credited with “pre and post production”, but each piece on this album is live-sounding. Satisfyingly distinctive too, although every piece has a stark, fragile beauty that’s well reflected in the wintry sleeve photography by Gaēna da Sylva.

The cellist’s tone is more ominous on “Scratching the Sky”, and Beresford’s more brittle. They both sound edgy and alert; both as changeably-shaded as an overcast day.

Beresford accompanies Hammond’s gravidly bowed cello on “Inside and Outside the Head” with abrasive rubbings, making a sudden subsequent silence bloom loudly. As they go on, Hammond occasionally slips into an attenuated higher register, which Beresford echoes in his own increasingly lightly rhythmic playing. So they create tensions within their music, despite their limited palette.

I shouldn’t over-emphasise the use of extended techniques. The duo aren’t overtly concerned with non-generic sound-sourcing.: theirs is music of delicacy and gestural simplicity, and any effect only enriches its emotional heft.

Beresford’s finger-picking shapes a lovely melody to begin “The Path, the Bridge, and the Otherside”, but inspires a mournful response from Hammond. They proceed to negotiate the changeable mood of the piece in a musical pas de deux adagio; a series of graceful elaborations, all dependent on the balance and mutual empathy of the performers.

This is a beguiling album, rich in emotional inflexions. Its mimetic melancholy is offset both by the immediacy of the performance and its poetry. It may be monochromatic, mood-wise, but is rich in shades and hues of sensitivity. It is really quite beautiful.

Buy The Science of Snow via Bandcamp.